What Are The Classifications Of Best Car Driving Lights?

What Are The Classifications Of Best Car Driving Lights?

With the continuous development of automotive technology, the car driving lights also develop, halogen, xenon, and LED headlights appear above different models, but these types of headlights have their own characteristics. Everything will have no disadvantages, not to say that a big headlight is completely good or completely bad, and the following DLAA will introduce you to each of the characteristics of different types of car driving lights.

The halogen car driving lights is actually a special incandescent lamp. It is widely used in the field of automotive lighting. The principle is to use the resistance to be generated through the heating. When the temperature is high enough, the wavelength is emitted in the visible optical band, which is generally iodine tungsten Lights and bromide lamps. After different incandescent lamps, although the temperature of the filament is not as good as the boiling point of tungsten, there will still be a small amount of tungsten volatilized at high temperatures. When the volatilized tungsten will condense, it will form a black tungsten film in the inner wall of the bulb.

If iodine element is added to the bulb of the car driving lights, it will chemically react with iodine after volatilization at high temperatures and generate low boiling compound- iodide tungsten. The iodide tungsten will decompose after encountering high temperatures, so that tungsten will attach to the filament again, while the iodine is continued to freely in the form of the filament and the outer casing. Thus repeated, the consumption frequency of tungsten wire will be greatly reduced, and the service life of the halogen car headlight will be extended.

The high intensity discharge lamp is a gas discharge lamp. It is an instant to 23KV using a supporting electronic ballast to 23kV or more, and the substance in excitation bulb is ionized in the arc.

The high intensity discharge lamp have two significant advantages: on the one hand, xenon bulbs have three times higher than the ordinary halogen bulbs, which is only two-thirds of them; on the other hand, the xenon bulb is made of light color similar to the sun, and a better visual condition is created for the driver.

Although the high intensity discharge lamp is made of light color similar to the daylight, but contains more green and blue ingredients, therefore presents blue white light, which greatly enhances the brightness of the road sign and the indicator. Xenon car headlights converted to light energy efficiency than the halogen lamp increased by more than 70%, so it can effectively expand the visual visual range in front of the vehicle, thereby creating a more secure driving condition.

LED is the abbreviation of Light Emitting Diode, commonly known as the light emitting diode. It is now a lot of vehicle taillights, high brake lights, and an important part of the day-running light etc. every types of car driving lights. The LED has a higher luminous efficiency, and the energy consumption is only 1/20 of the halogen lamp, and its service life is more than 100,000 hours, and the vehicle design life is basically no replacement. In addition, the LED lamp is small, compact, easy to arrange and design. The LED headlights only need microsecond levels, and the warning effect can be quickly reached on the taillight and steering lamp. The LED headlights are high, and they can be driven by low voltage direct current, which requires low use environment, unlike xenon lamps, as well as a boosting device. 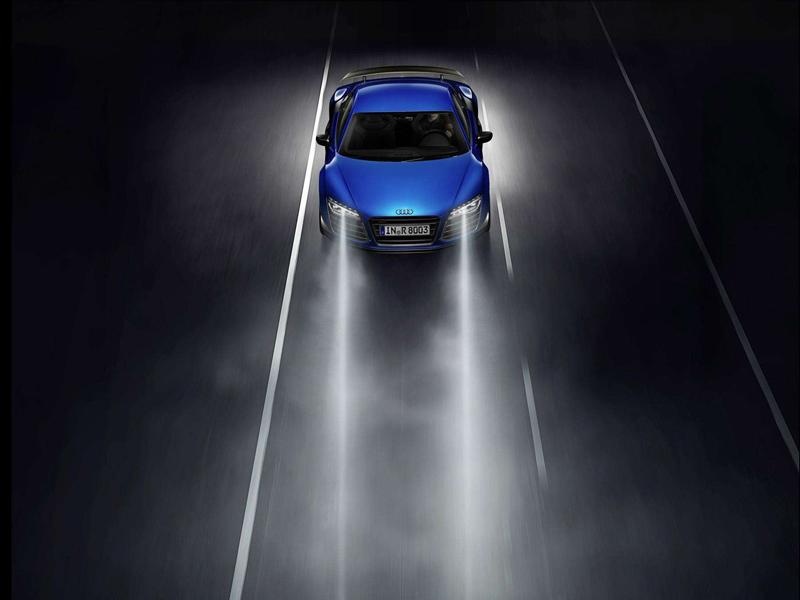