What Is Through Type Car Back Light With Best Price?

What Is Through Type Car Back Light With Best Price?

As we all know, car back light play an important role in the structure of automobiles as lighting and signal indicators. The car back light mainly include rear indicator lights, brake lights, rear fog lights, rear steering lights and other components. With the development of the automotive industry for nearly a century, car back light have gradually shifted from focusing on functionality to a sense of design. The design of car back light can be roughly divided into three types: independent, combined and composite.

People usually say that the eyes are the windows of the soul. I think the lights are like the "eyes" of the car, which will make the overall look of the car more aura. Also at night, passing a car with a unique taillight design will be very attractive.

Since today’s discussion is a through-type car back light, let’s take a look at the origin and history of through-type car back light. Through-type taillights can also be called "American style" taillights. The reason is that it is designed based on the straight rear of the model. The early American luxury cars were represented by Lincoln and Cadillac. Their body was designed like a hull, and the sofa-like wide seats were placed in the car. The tail was flat and dropped and both sides had sharp edges and corners.

However, due to the barriers of vehicle lamp technology, the early through-type car back light can be understood as "hidden through-type" (meaning that the lampshade area of the left and right parts of the taillight is designed to be flat). The flat rear design of Lincoln's early years also paved the way for the later through-type taillights.

The Toyota Crown in 1972 undoubtedly drew inspiration from the design of the American muscle car's rear, using a car logo or license plate frame to divide the transverse taillight into two parts. This design that emphasizes horizontal vision is now used in most mainstream brand models.

In 1990, car back light connected by a "tie" appeared. Although they did not light up at night to form a "through-type" effect, only from the appearance, the through-type taillight design has gradually emerged.

In 2002, an integrated horizontal car back light appeared again, which was in line with American aesthetics. The smooth waistline continued to the lower edge of the trunk without losing European elegance.

With the development and progress of science and technology, the structure and materials of car lights have also evolved and changed. From the popularization of halogen lamps to the birth and application of LEDs, and the maturity of today's laser car lamps and OLED technology, the assembly space and shape required by car lamps can be changed at will.

The penetrating car back light design is a concept evolved from American models. In order to adapt to the modern aesthetics of the public, the Lincoln brand has carried forward it. Thanks to the continuous breakthroughs in human technology and industrial technology, "car back light technology" has increasingly become a gimmick for major car companies to attract consumers. As a design form, the through-type car back light has been valued and favored by many luxury brands. In fact, the simple thing about trend design is that you have been immersed in it for a long time to enjoy the style that others have not yet discovered. 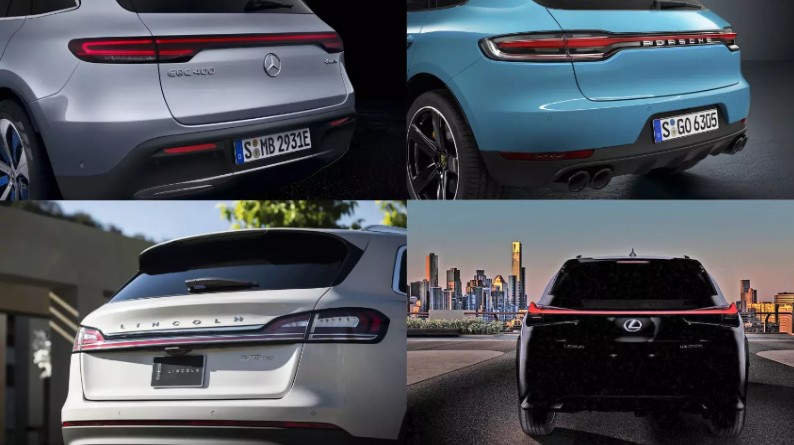